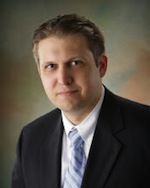 Jesse Adam Markos is an attorney at Wachler & Associates, P.C. Mr. Markos practices in all areas of healthcare law and devotes a substantial portion of his practice to representing healthcare providers with licensure and staff privilege matters. He also regularly represents providers in transactional, corporate, and regulatory compliance matters and in the defense of Medicare, Medicaid, Blue Cross and other third party payor audits.

Mr. Markos is admitted to the State Bar of Michigan as well as the United States District Court for the Eastern District of Michigan. Mr. Markos has been named a Rising Star by Super Lawyers in 2016 and 2017.